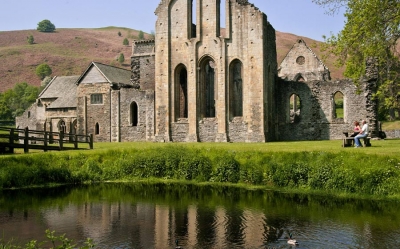 The abbey of Valle Crucis (Abaty Glyn Egwestyl or Abaty Glyn y Groes in Welsh) lies to the north of Llangollen and was founded by Cistercians under the auspices of Madog ap Gruffydd Maelor, prince of northern Powys in 1201.

A sister abbey to Strata Marcella, near Welshpool, it is one of the best preserved abbeys in Wales and still retains its monastic fishpond.

The name Valle Crucis (Valley of the Cross) derives from the nearby Eliseg's Pillar, which originally supported a cross.

The influence of the abbey came to an end with the dissolution of the monasteries by Henry VIII in 1537.

It is now in the care of CADW. Eliseg's Pillar (below) drawn by Thomas Rowlandson in 1797. Photo CADW. 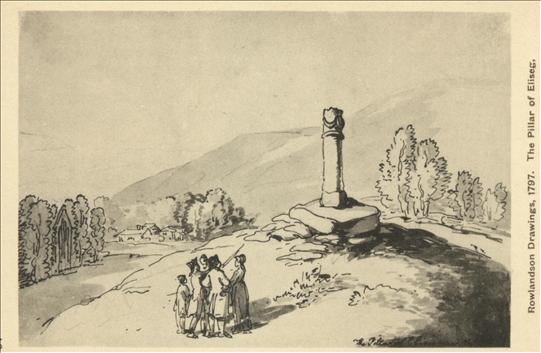