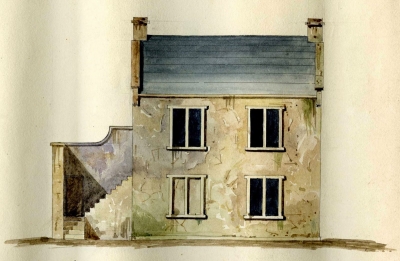 The building known previously as the Old Armoury and now the Old Lock-up, was originally erected in 1834/5

to serve as a jail with two cells and jailer’s quarters. When the Denbighshire Constabulary was formed in 1840,

it then became the police station, later served as the town hall and council chamber

Latterly it has provided office space for the International Musical Eisteddfod and the Vale of Llangollen Canal Boat Trust.

The new owner has begun restoration of the lock-up and the International Eisteddfod’s office is now in the Llangollen Pavilion,

while the Vale of Llangollen  Canal Boat Trust occupies the shop in the same building.

The building is open to the public on request. Contact: This email address is being protected from spambots. You need JavaScript enabled to view it.