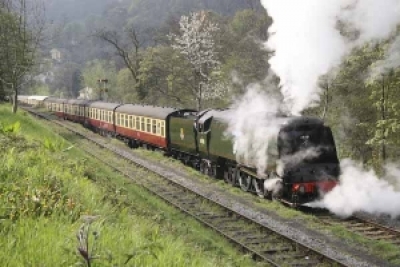 A victim of Dr Beeching, who closed many railway lines in Britain in the 1960s, the old main line closed to passenger traffic in 1965 and to goods traffic in 1968.

Built by the great railway contractor, Thomas Brassey and the railway engineer, Henry Robertson, the line opened to freight on 1st December 1861 and to passengers on 2nd June 1862.

Restoration by a group of enthusiasts began in 1975 and Corwen was reached in 2016 More information: www.llangollen-railway.co.uk