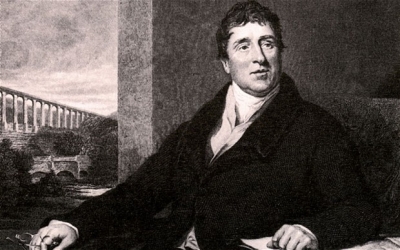 Telford spent two years surveying the road from London to Holyhead and began work in 1817.

instead of risking life and limb on the ferry.

Telford favoured the method used by the Romans to build roads, levelling and draining the base

before laying a solid pavement of large stones, and then placing carefully-sized smaller stones,

which became consolidated, creating the perfect surface for iron-bound wheels.

have allowed re-routing where necessary.

It is a testament to Telford’s genius that parts of his original road provide the foundation for the modern A5.