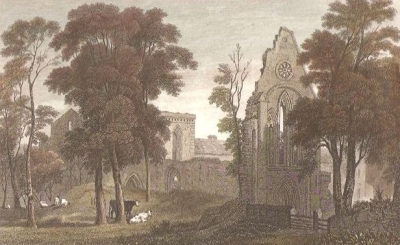 and was founded by Cistercians under the auspices of Madog ap Gruffydd Maelor,

A sister abbey to Strata Marcella, near Welshpool, it is one of the best preserved abbeys in Wales and still retains its monastic fishpond.

The name Valle Crucis (Valley of the Cross) derives from the nearby Eliseg's Pillar, which originally supported a cross.

The influence of the abbey came to an end with the dissolution of the monasteries by Henry VIII in 1537.