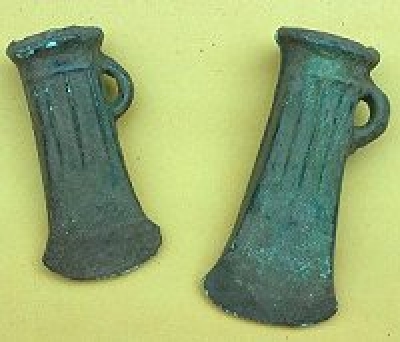 There is widespread evidence of human activity in the Dee valley during very early times.

A small hoard of Bronze Age socketed bronze axes, and a leaf-shaped spearhead found in Llantysilio

Tweet
Published in Neolithic, Bronze & Iron Ages
back to top