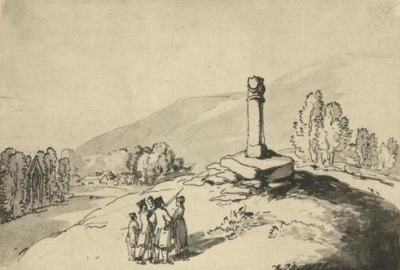 It was erected in the first half of the 9th century by Cyngen in honour of his great grandfather,

Eliseg, who had reunited the kingdom by retaking land once conquered by the English.

before it had deteriorated to its now largely illegible state, and the artist

Thomas Rowlandson made a drawing of it in 1797.

A great deal of research and excavation work has been carried out recently.