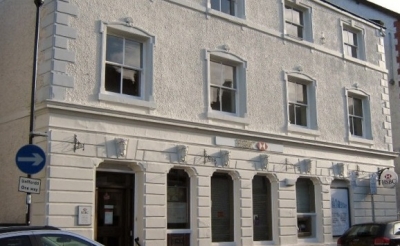 in 1836 and soon began creating a branch network.

The Llangollen branch of the North & South Wales Bank was established in 1864.

Later on it was amalgamated with the Midland Bank Ltd and finally taken over by HSBC Bank plc.

The elegant bank premises were built by Morris Roberts, who was responsible for several buildings in the town

including the Town Hall and the National School.

After serving the community for 150 years, it was closed on February 7th 2014 a sad day for its customers and the town.